From 1st to 16th of August 2015, the association “L’Art en Enclats” organized the 1st International Festival of Contempory Mosaic in France. The event took place at the Burgundy region, in the Chapel de Corbelin (La Chapelle-Saint-André), in Haut-Nivernais. 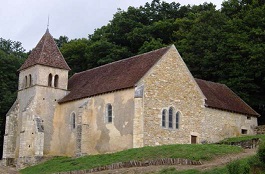 The objective of this Festival was to create a place, where mosaic artists would meet and share experiences, exchange their “little tips” and help the visitors discover the world of Modern Mosaic which is still quite unknown.
The Festival hosted 54 exhibiting artists, representing 10 nationalities, and about 80 mosaics and 40 sculptures, but also held conferences, workshops and the realization of a collective mosaic on the spot, by the participating artists.

Tsiami Sofia, Moris Ioannis and Moris Georgios were honored to take part in this great exhibition and would like to thank all of the partecipating artists for the amazingly friendly atmosphere they’ve created. Special appreciation must go to the local community and the association “L’Art en Enclats” for hosting this event and we would like to give our respects to Sylvie Rebbifé-Biondi not only for the amazing work she has done as curator-coordinator, but also for being one of the most kind, helpful and positive people met in the world of mosaics…

Reviews on the exhibition:

Photos of the exhibition: